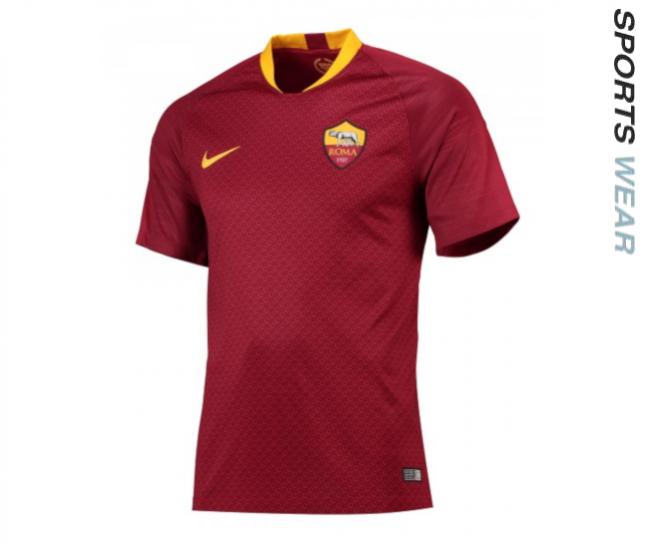 For the 2018 season, I Lupi hit the pitch in a fearsome style inspired by the cityâs ancient history. TheÂ AS Roma 2018-19 Home Stadium Shirtmatches the design seen at the Stadio Olimpico with a chainmail style pattern printed across the front as a nod to Roman legionaries, inspiring the team to fight through Serie A like the unstoppable force of their imperial past.

The stadium shirt is crafted for performance and comfort, with Nike Breathe fabric keeping players cool and dry. Raglan sleeves allow a natural range of motion. The full colour Roma crest is embroidered on the chest.