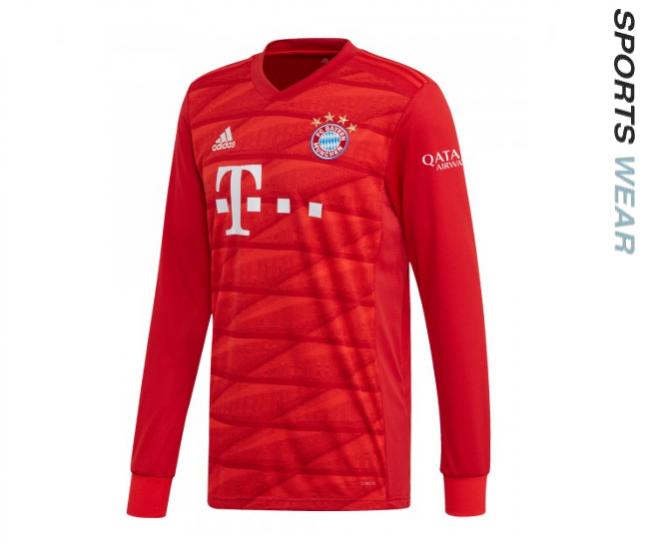 Made for fans, theÂ Bayern Munich Home Long Sleeve Shirt 2019-20Â encapsulates the pride and passion that Bayern supporters have for their team and their stadium.

Feared by rivals and treasured by the home support the Allianz Arena has served as a fortress to the team, and this jersey features a looser cut than the one worn by players on matchday and is inspired by the Arenaâs diamond faÃ§ade.