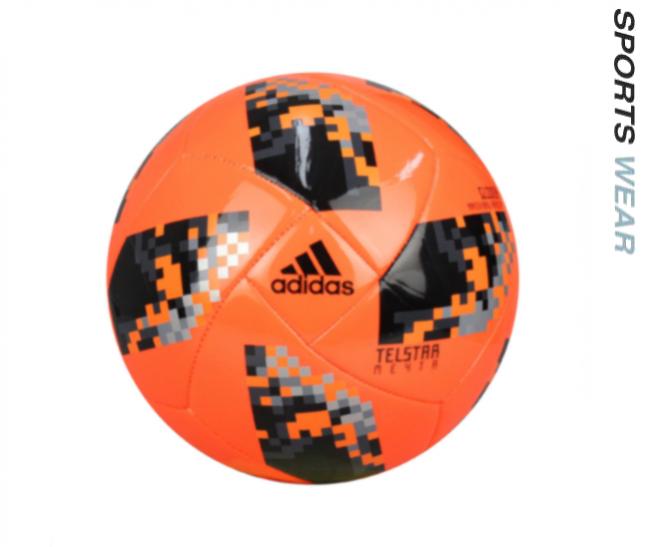 A training version of the ball used in the knockout stages

Made for training and recreation, this football is a replica of the ball used during the most thrilling phase of the 2018 FIFA World Cupâ ¢. Its distinctive, pixelated graphics conjure the effect of an iconic 1970 Telstar ball spinning through the air.