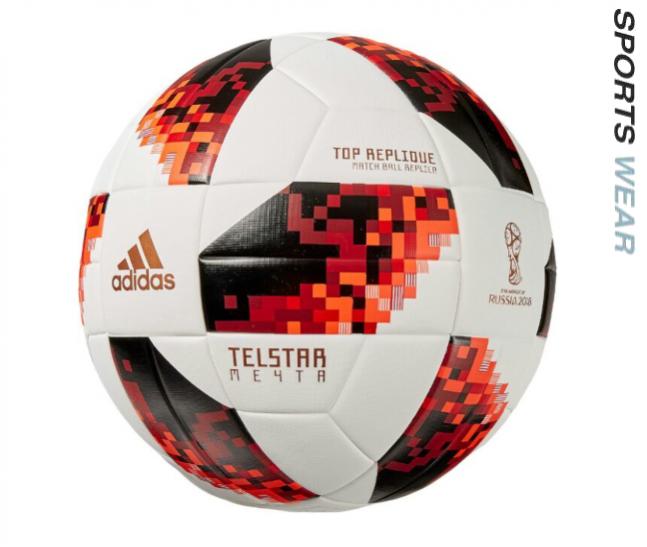 Named the Russian word for "dream," the Telstar Mechta is a tribute to the road each player took to reach the knockout stages of the 2018 FIFA World Cup Russiaâ ¢. This football has the same look as the knockout stage ball, but with a seamless TPU cover that gives it a soft touch through hard training. The textured coating makes the ball more predictable in flight, and pixelated graphics mimic the 1970 Telstar spinning through the air.