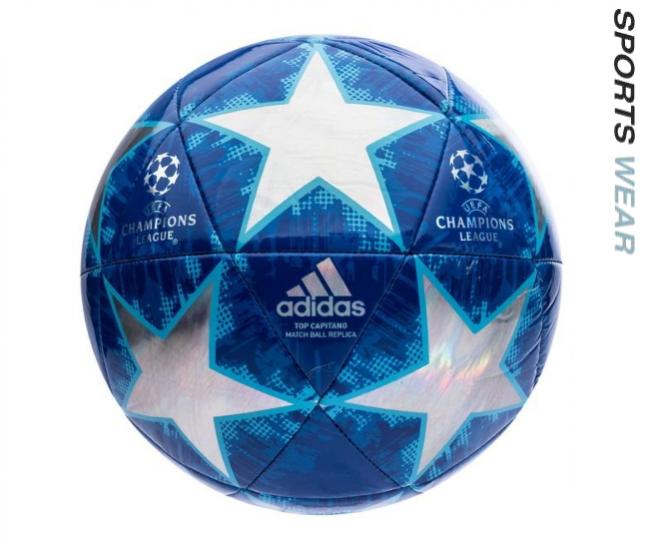 A replica of this season's UEFA Champions League match ball, this football displays a version of its famous star panel design. Machine stitched for durability, its tough TPU cover stands out with hologram foil graphics. A rubber bladder offers a soft touch and response for improved control.