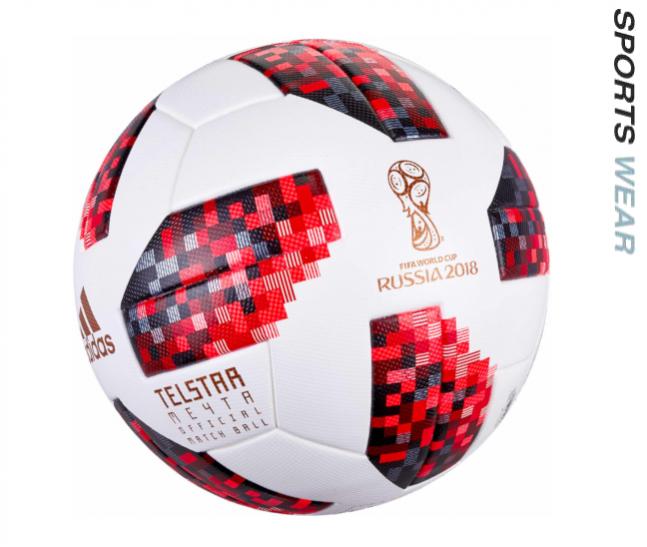 In Russian, Ð¼ÐµÑÑÐ° means "dream" or "ambition." The Telstar Mechta is a tribute to the road each player took to reach the 2018 FIFA World Cup Russiaâ ¢ and what lies at stake. This football has the same mono-panel design as the Telstar 18, but incorporates red to reflect the intensity of the knockout stages. The first of its kind, the ball is embedded with an NFC chip that allows you to unlock exclusive content through your smartphone.